The Tora Inu: the Next Dogecoin and Shiba Inu?

Profiting from the meme coin craze brought on by Elon Musk's purchase of Twitter, Dogecoin has increased its value 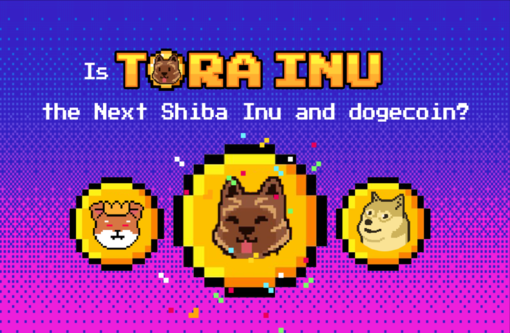 Profiting from the meme coin craze brought on by Elon Musk's purchase of Twitter, Dogecoin has increased its value. Top meme coins have followed suit with significant gains, while SHIB has once again let down investors. Only 11.8% of the weekly chart's ascent was made by the "Dogecoin killer."

Shiba Inu has lost investors in favor of more attractive initiatives with greater market viability and expansion possibilities. The top four meme currencies anticipated to do better than Shiba Inu in the upcoming months are shown below.

The previous few weeks have seen a rise in popularity on social media for Tora Inu, which is widely believed to be the next 100X token. Given the recent huge inflow of investors, the upcoming $TORA presale is likely to sell out early. The play-to-earn business model, which combines meme currency and metaverse concepts, is described in full in the Tora Inu whitepaper, which supports the hype.

The long-term goal of Tora Inu is to create a play-to-earn environment that is entertaining and available to both cryptocurrency users and non-users. To achieve this, it intends to roll out a primary skill-based play-to-earn game, as well as other mini-games with NFT integrations, lottery mini-games, and an NFT marketplace. With this, The play-to-earn ecosystem created by Tora Inu is structured to reward talents rather than capital, lowering the barrier to entry for the blockchain gaming sector.

In essence, the platform would compensate users based on how well they do in games and how actively they participate, rather than how much they spend on in-game NFTs and tokens. The strategy will assist Tora Inu in cultivating long-term growth through a devoted gaming community.

The platform's deflationary tokenomics and native staking mechanism, which constantly increases returns for long-term investors, are other important positive aspects. To validate its legitimacy, the token has also completed a security audit and team verification.

With the ongoing presale providing the most lucrative entry into the project for both investors and players, an early sell-out is expected. Additionally, accelerating the trend is the alluring incentive worth $25,000 to presale participants.

For the newest project updates, follow Tora Inu on Twitter and Telegram. However, the initiatives are working because Tora Inu currently has 1416 members on Telegram and 16.7k followers on Twitter. According to speculations, Tora Inu has already gained prestigious exchange agreements, which will significantly increase the value of its listings. It is one of the most popular cryptocurrency proposals for 2022.

The Key to Success in Crypto is Credibility

One important aspect that can't be ignored when investing in a cryptocurrency is security. By making the Tora Inu smart contract security audit available to the public, Tora Inu confirms its legitimacy. This significantly reduces the dangers of hackers and vulnerabilities. Join Tora Inu on Twitter and Telegram for the most recent project updates. The team has already undergone a KYC verification by CoinSniper, eliminating the possibility of frauds and rug pulls.